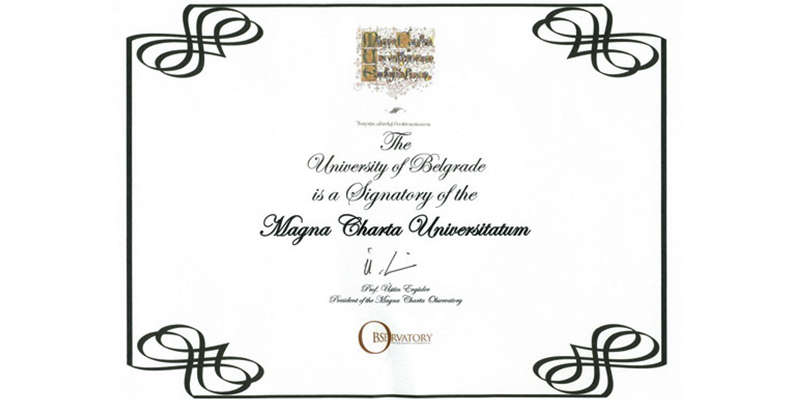 The document, drafted in Barcelona in January 1988, was signed by all the Rectors who were in Bologna to celebrate the 900th Anniversary of the Alma Mater.